I wrote yesterday of the evidence we have sent to the UK government panel reviewing the effectiveness of the Infant Formula and Follow-on Formula Regulations that were introduced after a long consultation process which ignored most of the recommendations of health experts and the governments own advisors. Instead the government followed the line of the industry to do the minimum possible in revising a law that was already failing, full of loopholes and poorly enforced.

The report we are seeking funds to publish, shows that the updated law is little better. Yesterday I presented some of the evidence, concerning the promotional campaign launched by Heinz for its Nurture formula. See:
http://boycottnestle.blogspot.com/2008/09/heinz-contempt-law.html

An indication of how contemptuous the baby food companies are of the law is that Wyeth/SMA is INCREASING the amount it spends on promoting formula. In addition to its current £ 3 million advertising campaign, it has been seeking a marketing firm for targeting mothers directly. This was reported in Campaign magazine at the end of May. See:
http://www.brandrepublic.com/Campaign/News/812866/SMA-Nutrition-kicks-off-DM-agency-hunt/

Wyeth is already pretty expert at targeting mothers with its SMA formula brand. In a recent magazine promotion, to be highlighted in our report if we can publish it, Wyeth offered mothers a toweling 'hoody' if they signed up to be bombarded with information from the company.

Such gifts are prohibited by the World Health Assembly marketing requirements. Events the weak UK law prohibits gifts with the brand names of infant formula, which is what SMA is. The evidence has been sent to Trading Standards, so we will follow up on whether any action is taken. 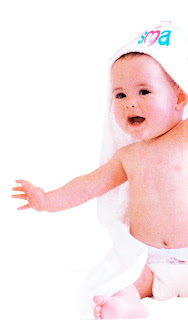