Reuniting mothers and babies - we are all Habiba 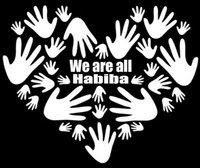 Baby Milk Action has repeatedly raised concerns when mothers have been separated from their babies in immigration or detention centres or denied access to feed them. This action has led to questions being raised in Parliament and changes to government procedures.

We have been asked to support mothers' rights in a similar case in Spain, that of Habiba and her daughter.

You can find information in English and a petition to send on the Habiba campaign page. There is also a Facebook group and blog, with various events planned in Spain, the UK and other countries, such as a gathering in Trafalgar Square on 21 June.

Baby Milk Action has sent the following letter to the authorities who have separated Habiba from her daughter claiming that breastfeeding is "chaotic" and "damaging".

I apologise for writing in English, but the case of the mother Habiba who has been forcibly separated from her daughter has been brought to our attention and we wish to bring the following information to your attnetion and call for a review of the case as a matter of urgency.

Baby Milk Action is the UK member the International Baby Food Action Network (IBFAN) a network of over 200 citizens groups in over 100 countries and together the world’s health community we work to ensure that the critical value of breastfeeding and the importance of keeping mothers and babies together is recognised. We are contacting you to clarify your policies regarding breastfeeding mothers.

Apart from its psychological importance, breastfeeding reduces the incidence of infectious diseases, chronic diseases and auto-immune diseases, offers optimal development and growth, cognitive and visual development and evidence suggests that it decreases the risk of obesity. The benefits of breastfeeding extend throughout the whole life cycle. In the global context, breastfeeding and appropriate complementary feeding help fulfil the Millennium Development Goals and have the potential to reduce under-5 mortality by 19%. (ref 1).

The decision to separate breastfeeding mothers from their babies flies in the face of a number of UN Resolutions and conventions, including the International Code of Marketing of Breastmilk Substitutes and the relevant, subsequent WHA resolutions, the Global Strategy on Infant and Young Child Feeding, UNICEF’s Baby-friendly Hospital Initiative and the Innocenti Declaration on the Protection, Promotion and Support of Breastfeeding, which all stress the critical importance of exclusive breastfeeding for the first six months of life with nutritionally adequate and safe complementary feeding alongside continued breastfeeding up to the age of two years and beyond. Article 24 of the Convention on the Rights of the Child also recognizes the contribution breastfeeding makes to the fulfilment of the right of the child to the highest attainable standard of health.

We would be grateful if you could review your policies in this area as a matter of urgency to ensure they are in line with these measures and provide mothers with the necessary support to continue breastfeeding.

Posted by Mike Brady at 1:34 pm No comments: