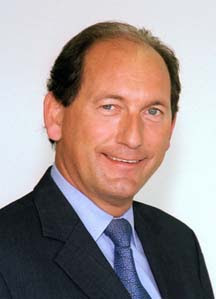 Mr. Paul Bulcke (left), CEO of Nestlé SA, and his predecessor and current Nestlé Chairman, Peter Brabeck-Letmathé, are seeking to set the agenda at the World Economic Forum in Davos, Swizerland this week. Nestlé is 'widely boycotted' in the words of its Global Public Affairs Manager, due to its aggressive marketing of baby foods in breach of international standards. Given the documentary evidence of systematic violations of the marketing requirements and the strategies employed by Mr. Bulcke and Mr Brabeck as they put their own profits before the lives and well-being of babies and their families, Baby Milk Action says it is ironic that Mr. Bulcke, co-chair of the meeting, believes he has any credibility in calling for "new global principles to fuel development". Mr. Bulcke, who was appointed CEO after achieving high growth in the baby food sector in Latin America, states in a press release on the Nestlé site: "When run in a principled way, with strong values and a long-term perspective, business can be an engine for development and prosperity."

Mr. Brabeck has for decades advocated that corporations be trusted to follow voluntary principles and be given greater power in policy setting than civil society organisations as the "engineers of wealth". At the last Nestlé shareholder AGM in April 2010 Mr. Brabeck warned against tying corporations up in a “regulatory straightjacket”, saying this was unnecessary as people should trust Nestlé's values. Mr. Brabeck's stance is inconsistent, however, because while opposing strong regulations protecting babies and their families in line with international marketing standards in favour of voluntary measures, he has argued that protection of company brands should be "entrenched in the law and strictly enforced by the authorities". Mr. Brabeck also argues publicly that corporations should be trusted as global citizens, but told business leaders in Boston in 2005, that corporations should not feel obligated to 'give back' to the community and should only support good causes if it will benefit shareholders.

Mike Brady, Campaigns and Networking Coordinator at Baby Milk Action, said, "Mr. Bulcke and Mr. Brabeck have demonstrated the only principle they seem to understand is money - that is why we call on people around the world to join the boycott until they agree to stop pushing baby foods in ways that undermine breastfeeding and endanger babies fed on formula. The boycott has forced some changes, but they still have a long way to go. Mr. Bulcke is trying to present himself as a principled business leader on the global stage as part of his strategy to divert attention from what Nestlé's does in reality."

Mr. Bulcke's comments come as thousands of people have emailed the company over its latest baby milk marketing strategy, calling on it to stop violating international marketing standards. In other areas of concern, the India media has this week exposed a secret deal between Nestlé and universities to target young girls with information on nutrition - a request for information on the deal under India's Right to Information law was blocked by Nestlé (see Times of India). While attempting to set the global agenda, Nestlé is also the subject of complaints for violations of the UN Global Compact Principles registered Baby Milk Action and other Nestlé Critics. The UN Global Compact Office has refused to investigate the complaints, but continues to accept funding from Nestlé for its events and posts Nestlé's criticised reports on its website.

"Nestlé current global baby milk marketing strategy involves promoting its formula with the claim it 'protects' babies, when in reality babies fed on formula are more likely to become sick than breastfed babies and, in conditions of poverty, more likely to die. I have written directly to Mr. Bulcke on this matter and he refuses to stop what is a clear violation of international marketing standards."

In its latest communication on the 'protect' logos added to formula labels in 120 countries, Nestlé has admitted that there is 'no proven benefit' from adding to formula ingredients such as DHA and ARA highlighted in the logos, but is still refusing to remove the logos. After receiving thousands of emails in Baby Milk Action's Email Nestlé campaign, Nestlé has said it has discontinued a leaflet promoting its formula as 'The new "Gold Standards" in infant nutrition', but not other leaflets claiming, for example, that its formula reduces the incidence of diarrhoea. Babies fed on formula rather than breastfed are more likely to suffer from diarrhoea. According to WHO, "infants who are not breastfed in the first month of life may be as much as 25 times more likely to die than infants who are exclusively breastfed."

According to UNICEF: "Marketing practices that undermine breastfeeding are potentially hazardous wherever they are pursued: in the developing world, WHO estimates that some 1.5 million children die each year because they are not adequately breastfed. These facts are not in dispute."

Nestlé is also refusing to warn on labels that powdered infant formula is not sterile and the simple steps required to reduce the risks of possible contamination with harmful bacteria. Nestlé has had to recall formula in the past after contamination with Enterobacter Sakazakii, which has led to deaths in Europe (see WHO publication on this known problem).

Nestlé is not only criticised for violating the International Code of Marketing of Breastmilk Substitutes and subsequent, relevant Resolutions. Campaigners monitoring other aspects of its business criticise the company for:

* failure to act on child labour and slavery in its cocoa supply chain;

* exploitation of farmers, particularly in the dairy and coffee sectors;

Click here for the report: Nestlé's UN Global Compact cover up - How Nestlé’s Shared Value reports cover up malpractice and bring the UN voluntary initiative for corporate responsibility into disrepute.

Posted by Mike Brady at 4:32 pm No comments:

WHO breastfeeding recommendations under attack from industry-funded scientists

The BBC, the Guardian and other media are carrying stories about a comment piece from four authors published in the British Medical Journal today. This is not a new scientific study - it is a review of existing research selected by the authors and has been published in the 'Comment' section of the BMJ. Three of the four authors of the piece, Mary Fewtrell, Alan Lucas and David Wilson, receive funding from the baby food industry. Prof Lucas in particular plays a key role in advising the UK baby food industry, and has opposed the WHO recommendation for many years. In 2003 he went so far as to appear for the defence when one of the largest baby food companies, SMA Wyeth was successfully prosecuted for illegal advertising by Trading Standards.

Baby Milk Action expects this comment piece and the media coverage it is generating to be used by companies in their attempt to weaken national policies and legislation requiring complementary foods to be labelled for use from 6 months. In the UK, baby food companies are already labelling complementary foods for use from 4 months of age despite Government policy recommending 6 months exclusive breastfeeding or formula feeding.

When looking at the authors' comment piece, the following points should be borne in mind:

WHO's global public health recommendation is for infants to be exclusively breastfed for the first 6 months of life to achieve optimal growth, development and health. Thereafter, infants should be given nutritious complementary foods and continue breastfeeding up to the age of 2 years or beyond.
WHO closely follows new research findings in this area and has a process for periodically re-examining recommendations. Systematic reviews accompanied by an assessment of the quality of evidence are used to review guidelines in a process that is designed to ensure that the recommendations are based on the best available evidence and free from conflicts of interest.
The paper in this week's BMJ is not the result of a systematic review. The latest systematic review on this issue available in the Cochrane Library was published in 2009 ("Optimal duration of exclusive breastfeeding (Review)", Kramer MS, Kakuma R. The Cochrane Library 2009, Issue 4). It included studies in developed and developing countries and its findings are supportive of the current WHO recommendations. It found that the results of two controlled trials and 18 other studies suggest that exclusive breastfeeding (which means that the infant should have only breast milk, and no other foods or liquids) for 6 months has several advantages over exclusive breastfeeding for 3-4 months followed by mixed breastfeeding. These advantages include a lower risk of gastrointestinal infection for the baby, more rapid maternal weight loss after birth, and delayed return of menstrual periods. No reduced risks of other infections or of allergic diseases have been demonstrated. No adverse effects on growth have been documented with exclusive breastfeeding for 6 months, but a reduced level of iron has been observed in developing-country settings.