World Breastfeeding Week starts tomorrow (1-7 August). The theme is Breastfeeding, A Vital Emergency Response: Are You Ready? You can find out more, download materials and find events at:
http://www.worldbreastfeedingweek.org/

UNICEF and WHO have made statements in support of the week, which is coordinated by the World Alliance for Breastfeeding Action.

UNICEF's statement includes: "Around 9 million children under five die every year, largely from preventable causes... According to the Lancet, optimal breastfeeding in the first two years of life, especially exclusive breastfeeding for the first six months, can have the single largest impact on child survival of all preventative interventions, with the potential to prevent 12 to 15% of all under age 5 deaths in the developing world... This year's World Breastfeeding Week provides an opportunity to sensitize policy-makers, donors, implementing partners and the general public to the benefits of breastfeeding, to its particular importance in emergency situations, and to the need to protect and support mothers to breastfeeding during emergencies."
You can find the full UNICEF statement at:
http://www.babymilkaction.org/pdfs/UNICEFWBW2009.pdf
The WHO statements is available at:
http://www.babymilkaction.org/pdfs/WHOWBW2009.pdf
One country facing an emergency is Malawi, one of the world's poorest countries, where 13% of the population is infected with HIV.
In conditions of poverty, infants have a better chance of escaping HIV and being protected from other infections if they are exclusively breastfed. Yet in Malawi, Nestlé is promoting its formula with a logo claiming that it 'protects'. Formula is very expensive and those that believe the claim that the formula 'protects' may well use it alongside breastfeeding - mixed feeding is the worst possible scenario for the transmission of the virus. 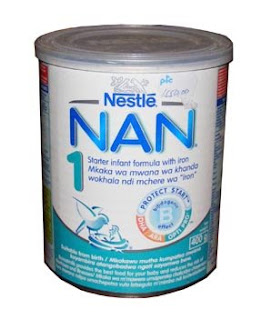 It is a government requirement that tins have warnings that breastmilk is best for babies, but Nestlé refused to translate these into Chichewa, despite a government request to do so, because of 'cost restraints'. It took a Baby Milk Action campaign, that led to Mark Thomas highlighting this irresponsible marketing on UK television, to change Nestlé's mind, and further campaigning to persuade Nestlé to show cup feeding, rather than bottle feeding, in line with government policies. See:
http://www.babymilkaction.org/CEM/compfeb00.html
So campaigning works. Now we need to persuade Nestlé to remove the 'protect' logo it has introduced on labels in Malawi and elsewhere in the world. You can help by sending a message to Nestlé. You will find the information you need to do so on our July Campaign for Ethical Marketing action sheet, which is now available on our website at:
http://www.babymilkaction.org/cem/cemjuly09.html
Also featured on the action sheet is a call on Danone/Milupa to stop using claims for its formula that have been found to be untrue in a ruling last week from the UK Advertising Standards Authority. Although these breach the advertising code's clauses on substantiation, truthfulness and comparisons, the code is voluntary and it remains to be seen whether similar claims will be removed from labels and other promotion stopped. There is also a call for Mead Johnson to stop making untrue claims about its formula.
If politicians fulfilled their responsibility to implement the baby food marketing standards adopted by the World Health Assembly, then public campaigns would not be necessary and there would be progress towards stopping the millions of preventable under-5 deaths.
You can help put pressure on politicians by signing the ONE MILLION CAMPAIGN petition. If you have already signed, visit the campaign website to see what action you can take to encourage friends and colleagues to sign up. See:
http://www.onemillioncampaign.org/
Posted by Mike Brady at 10:57 pm